i heard the bells... 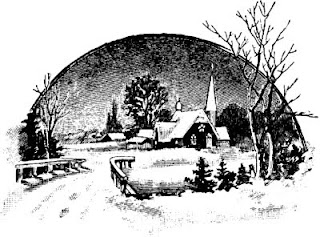 Henry Wadsworth Longfellow, one of our nation’s most beloved poets, in addition to the many poems that have become engrained in our country’s conscience, also gave us the words to one of our most beloved Christmas carols. Longfellow’s poem, Christmas Bells was written in December of 1863, during not only one of the darkest periods of Longfellow’s life, but that of the nation as well; The Civil War. As with many literary works, the inspiration and circumstances which led to Longfellow taking up the pen began sometime before that dark, yet in the end, hopeful, December… 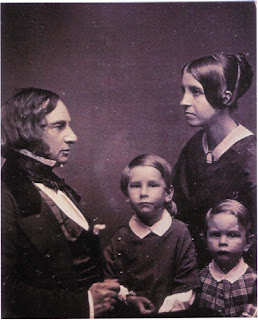 Longfellow married Frances Appleton on July 13th 1843, and they began to raise their family in Cambridge, Massachusetts. First came a son, Charles in 1844. Then over the years the Longfellows added four more children to their growing family: Ernest, Alice, Edith, and Allegra. In 1861, the Civil War had begun, and tragedy struck the Longfellow household. Frances was fatally burned in the library of their house in July of 1861. Henry was dumbstruck with grief. He has his children, but the joy was out of his life. When the holidays arrived, Longfellow wrote: “How inexpressibly sad are all holidays.” The following year when Christmas arrived, he wrote in his journal: “A merry Christmas' say the children, but that is no more for me.”

The war continued to cast a grim pallor upon families in the North and the South in 1863. Charles Appleton Longfellow was now 17 and eager to make his mark by joining the military. His father disapproved, but Charles ran away from home and petitioned Captain W.H. McCartney, commanding Battery A of the 1st Massachusetts Artillery to enlist. Captain McCartney, familiar with Charles and his family, wrote to get his permission. By this time, perhaps knowing Charles wouldn’t give in, Henry reluctantly agreed. 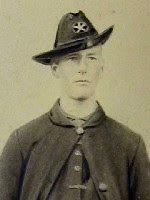 Charles turned out to be quite adept as a soldier, and a skilled leader. In fact, when Henry thought he might help his son by seeking the aid of some famous friends, including a US Senator, to secure a commission, he was pleased to learn Charles had earned his commission and advancement on his own merits. Now a Second Lieutenant, Charles saw action at Chancellorsville, Culpepper and many other skirmishes. In November, during the New Hope Church campaign in Virginia, Charles was shot in the left shoulder. The bullet nicked his spine and exited his right shoulder, barely missing paralyzing him. Charles was taken in with the other wounded into the church. After the battle, Charles was sent with other wounded back to Washington DC.

On December 1st, Henry received word about Charles and rushed to Washington DC, and then brought Charles back to Cambridge to recover. It has barely been two years since the loss of his wife, the loss of his first born son seemed to be too much to comptemplate. But his son had survived thus far, and was recuperating. In the midst of still grieving for his wife, Longfellow found hope anew in the survival and return of his son to his home. It was during that time in December of 1863, while nursing his son back to health, Longfellow penned the words to the poem, Christmas Bells:

I heard the bells on Christmas Day
Their old familiar carols play,
And wild and sweet
The words repeat
Of peace on earth, good-will to men!

And thought how, as the day had come,
The belfries of all Christendom
Had rolled along
The unbroken song
Of peace on earth, good-will to men!

Till, ringing, singing on its way,
The world revolved from night to day,
A voice, a chime,
A chant sublime
Of peace on earth, good-will to men!

Then from each black, accursed mouth
The cannon thundered in the South,
And with the sound
The carols drowned
Of peace on earth, good-will to men! 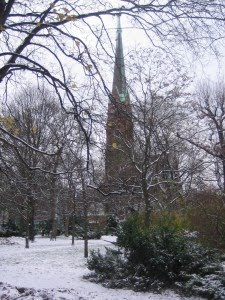 It was as if an earthquake rent
The hearth-stones of a continent,
And made forlorn
The households born
Of peace on earth, good-will to men!

Then pealed the bells more loud and deep;
God is not dead; nor doth he sleep!
The Wrong shall fail,
The Right prevail,
With peace on earth, good-will to men!

Charles was unable to recover sufficiently to rejoin his unit, but did survive his wounds. He was discharged from the Union Army in 1864. Longfellow’s poem not only expresses his previous despair, but then it also bears witness of his newfound hope. The Bells that often rang out during the holidays had for two years did nothing but remind him of loss, and did nothing to lift his spirits. And, as he wrote in several stanzas, the War also paralleled his feelings of despair- that the Bells did nothing but mock those who had lost – that there was no chance for that old hominy of Peace on Earth Good Will to Men. And yet, Longfellow was able to find hope, through the survival of his son, and realized that God did not sleep- despite the war, the destruction and the loss. God was not dead, and that the Bells seemed to ring louder in the war- to bring more hope to mankind- that one day “The Wrong shall fail/ The Right prevail/ With peace on earth, good-will to men!”

Eventually Longfellow’s poem was set to music, initially in 1872 by John Baptiste Calkin, which provided the traditionally known hymn. It has been rearranged several more times, but the best known of these is the famous arrangement by Johnny Marks, who also wrote Rudolph the Red-nosed Reindeer. Marks’ arrangement seems to be the more popular modern version as it has been recorded by many artists from Bing Crosby Kate Smith and Frank Sinatra to Sarah McLachlan and Johnny Cash. It’s popularity as a Christmas Carol is only matched by its profound attachment to our National heritage and culture.


The stanzas specifically referring to the War were removed for the music arrangements and some of the lines were rearranged, but the message of newfound hope and faith in God, and a desire for goodwill towards all men, even in the midst of our darkest days, still comes 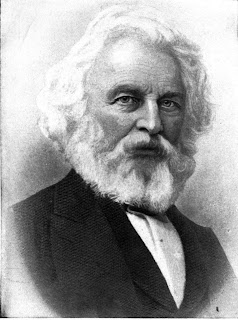 through. Longfellow’s story of tragedy and loss, and newfound hope is one that should resonate with anyone who has experienced loss, or has been lost, and question the purpose of their lives or how anyone could wish another Merry Christmas. Stop for a moment and look for the hope and listen for the faint peels of the Bells as they try hard to ring out their message to all. If we stop looking, we will never find it. But if we recognize it when it brought to us, like Henry Wadsworth Longfellow, we can also realize that God is not dead, nor doth he sleep, and that hope is there and His arm is outstretched to us. And more than anything else, perhaps we need to realize that peace on earth, goodwill towards men starts with us. Goodwill doesn’t stop and start with Government, leaders, Actors, Celebrities or anyone else. It’s everyone’s own responsibility. We need to find that peace within us first, and then impart that peace, in the form of goodwill, towards all others. It is my fondest wish that we will all remember Longfellow’s story and his words from the carol, I Heard the Bells on Christmas Day. For the true message of the carol is to share with others- I also was once without hope, but I Heard the Bells on Christmas Day- and I heard the message of hope and peace – for all. And it filled my heart.

Then pealed the bells more loud and deep/
God is not dead; nor doth he sleep!

Thanks, JC. I was just thinking about this beautiful carol last night; I had no idea who had written it, or it's civil war connection. Truly a moving poem and carol. I like the Harry Belafonte version best.

Hey Matt-
Thanks for stopping by! Yes, this is one of my favorite stories- I am going to try and do a couple more posts about little known stories behind some Christmas carols.
I am partial to Mr. Nat King Cole by the by.
Any future comments/subject for a post from our foreign correspondant?