it was a wonderful life 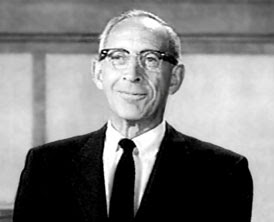 Word comes this afternoon that veteran movie and television actor Charles Lane has passed away at the age of 102. I'm sure some of you may not recognize the name, but you certainly recognize the face, even if you've only seen old television shows on TV Land. Mr. Lane was an erstwhile favorite of Frank Capra and played several parts in many of his films including Mr. Deeds Goes to Town, You Can't Take it With You and It's a Wonderful Life. He also had roles in 100s of other films like such Shelf classics as Call Northside 777, Ball of Fire, Arsenic and Old Lace and State of the Union. He was a natural for television, being able to play comedy and drama equally well. And it is perhaps through his hundred or more appearances on television that most recognize him. He was a particular favorite of Lucille Ball and played in many episodes of I Love Lucy, but also Petticoat Junction, The Andy Griffith Show and many, many more.

Mr. Lane led quite a life. He was a survivor of the 1906 San Fransisco earthquake, and he was a founding member of the Screen Actor's Guild and the Television Academy. He was honored at the 2005 Emmys as the oldest surviving member of the Academy. Such a great talent, long life, and many experiences, he lived from the early talkie days of film and when honored by TV Land tribute in 2005 in which he quipped that he was still available for work. He will be missed. You can read more about his life and passing at FoxNews and more about his career at IMDB and here.

Having had so many small parts, there was a character I played that showed up all the time and people did get to know him, like an old friend.

Thank you for this tribute. There was a time when character actors were as dearly loved as the stars. I still watch certain movies anticipating Eve Arden or Eugene Pallette's entrance as much as anyone else's. I remember him in Wonderful Life, saying "one of these days this bright boy is going to ask George Bailey for a job!" He had that classic, nasal, bean-counting sort of voice to go with that rather hatchet-like face, but he was versatile. He could be city-bred conniving, homespun yokelish or ordinary-joe as the case demanded.

Thanks for your comments Siren. I love character actors, and in some cases, the movie is saved because of the rest of the cast. Sometimes the leads or the stars can be heavy handed or uneven, but as John Ford, Preston Sturgess, Frank Capra and other directors knew a solid company of professional talented actors could elevate hocum to new heights.
Charles Lane lived a long life and grew with the business. Imagine going from bits in silents to better parts in talks to working with some of the best, right up to being a familiar face that comforts TV audiences that they are in good hands...and all the way up to TV Land, cable and satellite. What he must have seen and experienced.., and what we have lost.

Gonna miss ya, Charles! Though you always played mean, crotchety old farts, I knew that you were really a great guy. Wishing you a good road on your new journey, wherever it may take you . . .