class all the way 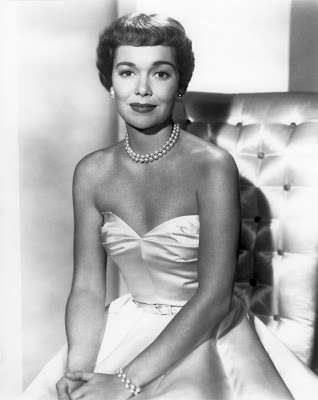 Sad news comes today of the death of Jane Wyman.
Like many others my age, my first encounter with actress Jane Wyman came courtesy of Falcon Crest, and if you watched many Disney movies- Pollyanna. 80s kids might also remember first hearing about her as the first wife of President Ronald Reagan. Fortunately (and I must admit, initially because of that connection) I became curious about her work over the years, and come to pleasantly learn two things: she was a fine actress and from what I've read and learned about her, a class act. The CNN article about her points out that she didn't talk about Reagan, or their marriage, and refused to talk about politics while he was running for office or during his Presidency. She once said "It's not because I'm bitter or because I don't agree with him politically. I've always been a registered Republican. But it's bad taste to talk about ex-husbands and ex-wives, that's all. Also, I don't know a damn thing about politics." Later, after the passing of Ronald Reagan she commented: "America has lost a great president and a great, kind and gentle man." 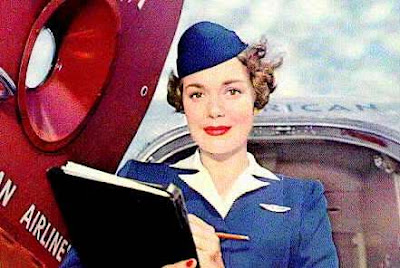 Her life, like everyone else, was full of ups and downs, but she seemed to weather them all. Her father died while she was young, and she also lost her daughter, Maureen, in 2001 to cancer. She was tough and yet gentle and had many great performances to her credit. Many will remember her for Johnny Belinda, and rightly so. I have to confess I will always enjoy Three Guys Named Mike, The Yearling, Stage Fright and The Lost Weekend. Goodbye, Ms. Wyman, Hollywood could use more like you.

The opportunity for brotherhood presents itself everytime you meet a human being.

Thank you for posting this tribute. I also remember first seeing Jane in Pollyanna. I still love that movie and Magnificant Obsession. Sad to hear about her passing.

Nice tribute. Her work in "Johnny Belinda" was special. I also like her paired with Bing Crosby in the musical "Here Comes the Groom" and their spirited number together, "In the Cool, Cool, Cool of the Evening." A very good actress and human being.

Thanks to both of you for your comments.
Yes Jacqueline, I forgot to mention her musicals with Bing and that memorable number. Thanks for adding that memory. It's always sad when we lose another connection to the classic films, but especially sad when it was such a lovely person.

j.c., I recommend checking this out: