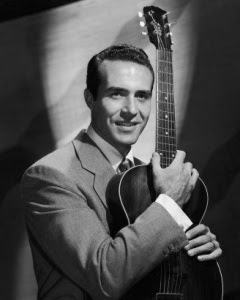 Yes, we managed to fight our way through the tundra and make it back home. However, as soon as we did - we had to jump right back into real life. You know the saying about needing a vacation after the vacation. Totally true.
So things will be back on the ball here in short order...in the meantime:

I would be remiss if we did not mention the passing of a two fine actors Patrick McGoohan (AKA: Number 6, Dr. Syn and Longshanks!) and Ricardo Montalbán . I know everyone remembers him from Star Trek and Fantasy Island, but he was also in several MGM musicals, including On an 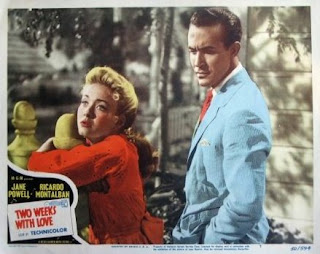 Island with You and Neptune's Daughter with Esther Williams (oddly enough one of those characters was name O'Rourke) and with Shelf fave Jane Powell in Two Weeks with Love. He was also in some fine Westerns and Noir films including Across the Wide Missouri and Border Incident. And of course he was in many other films and a frequent guest star on many television shows well before Fantasy Island. Did you know he was a very good friend of Don Rickles? Rickles talks about their friendship in Rickles' Book: A Memoir which is well worth the read! You can check out some very nice tributes at Laura's Miscellaneous Musings, Thrilling Days of Yesteryear and John Nolte's (AKA Dirty Harry) post at Big Hollywood.

Stay tuned to the Shelf. We'll be back with more...

Don't touch; this is Corinthian leather.

They will be missed :(