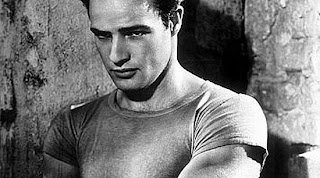 Brando. The name alone evokes quotes, scenes, and images. Groundbreaking films come to mind like A Streetcar Named Desire, The Wild One, On the Waterfront, The Godfather, Apocalypse Now, and, even for my generation, Superman. Marlon Brando’s body of work was legendary, his talent was iconic, and his life was anything but ordinary. Many of his lines from his movies have gone beyond being popular, right into being part of our national pop culture lexicon (and often wrongly so). Stars and performances are often imitated or satirized by comedians and in television. How many times have you heard, “Hey, Stella!”, “I going to give him an offer he can’t refuse” or “I couldda been a contender” with absolutely no context whatsoever? There was a time where people instantly connected those lines to the actor or film, and in some ways, now they just stand on their own. Whatever you think of his acting style, his politics, or his personal life; his influence is undeniable. 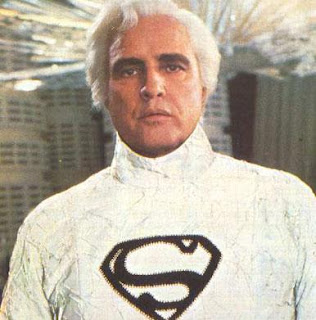 My first real memory of him was watching Superman in the theaters when I was younger. Of course, I had never heard of Marlon Brando, but yet I had perhaps seen his voice, his mannerisms and his lines imitated on televisions and in popular culture. Perhaps I had been introduced to the image of Marlon Brando before I was introduced to his acting. Either way I was pretty impressed with Jor-El. Superman's space dad was all white and glowing and smart. I couldn't figure out why the other Kryptonite leaders wouldn't listen to him. Then when Clark Kent found the crystals that had recordings of wisdom and information from his parents, I knew Superman was going to be smart because his space dad was smart, and he was going to be great because his earth parents taught him great things. That's a lot of stuff going on in the brain of a 9 year old kid watching a movie. His small performance in that film was great, and even I knew it without knowing why. 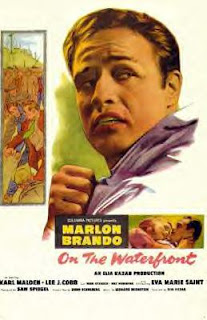 May 1st and 2nd Turner Classic Movies will debut a new documentary on the career, life and influence of Marlon Brando, entitled, simply, brando. This is an excellent 2 part documentary encompassing roughly several hours of interviews with family, friends, costars, directors, and admirers including James Caan, Al Pacino, Robert Duvall, Quincy Jones, Angie Dickenson, Cloris Leachman, Martin Scorsese and many others. The documentary is indeed excellent and perhaps one of the more intimate looks at his life and career that we've had in a long time. I was able to view an advance copy of the film recently and I can say it's an important film, whether you like Brando or not. It is about a new era in films, and an actor who brought something different to the screen. For better or worse, many of our current actors descended in theory and style from a few actors from the 50s- especially Brando.

In intervening years I've come to watch other Brando films and really have come to respect his work as an actor. On the Waterfront is perhaps my favorite Brando movie, and those first films in the fifties really are still some of his best. Arguably his best work was with director Elia Kazan, and he was never able to find another director who could command the work out of him. His own directorial work, One-Eyed Jacks, was an unsatisfactory experience. He grew bored with it, and left in the middle of the editing process, leaving the final result to others.

In some ways there is almost a dividing line in his career that comes around the time of a Mutiny on the Bounty. At that point Brando begins to deliver "Brando moments." His earlier films were long ranging, character driven performances, that really set films and acting into a different level. In my opinion, not necessarily always better, but definitely different. Martin Scorsese underscores that point and his influence on film, “He is the marker. There is before 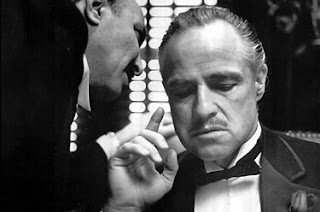 Brando and after Brando. I think it’s time, especially for younger people, to go back and understand that, and to see those pictures in the order in which they were made. Mainly, because I think they’re too hip to feel these emotions that were exploding on the screen. It’s about being human. ”

After the 50s, because of the change of tastes of American audiences, the change in culture, and because of actors like Brando, films became more earthy, more emotional, and more explosive in the acting on the screen. And yet for some reason Brando went a different direction, more inward. Brando's own fame, his own quirky personality and personal life caught up with him and his work. He said, several times, that he didn't like acting. Acting had become a means to an end. His performances onscreen became more about moments, moments in which his power and energy fused with the material and when the director said cut, that was it- Brando was more concerned about other things. He famously lengthened out his time on set in on certain films in order to increase the amount of money he made. And yet, I doubt if many of those director's would argue that those scenes were not something altogether different because of Brando. After Mutiny on the Bounty, Brando's more important and best work, aside from a couple of films, would be in smaller roles like in The Godfather or Apocalypse Now. Still we still think of these films as Brando movies. 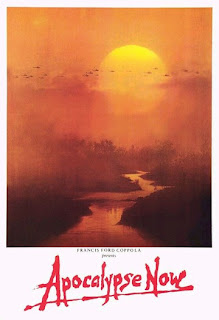 Quincy Jones said, “He changed the rules. I always loved that. So did Miles [Davis]. Miles was called the Picasso of Jazz. Break all the rules. Space, how to use space. The three of them had that in common, you know. Picasso, Miles and Brando.” He may have changed the rules, but how many actors have taken what he did and built on it? Perhaps actors like Robert DeNiro and Robert Duvall built on that and took it further. In other ways some actors carried on trying to deliver more Brando moments than anything else. Other actors carried on Brando's passion for activism, but I daresay none, as of yet could be as true in heart to his causes as he was. I think many of today's actors seek for more moments for something else altogether. For whatever you may have disagreed or agreed with his politics or his views on life, he at least backed it up with his own actions. No carbon offsets for this guy. For some reason, I think he would've just walked instead. 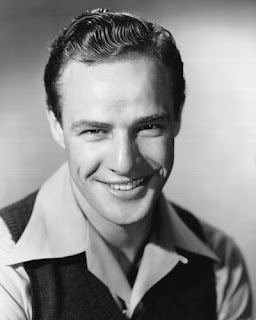 I highly recommend watching this documentary. It's not only a great look at Brando, but also an incisive picture of films and film making from the 50s on. It really does a good job of going to explain the difference between the classics and modern classics. I don't necessarily agree that Brando was a single driving force in the changes in tone and style of films, but certainly his work and influence is a large contributing factor. And the influence on today's actors and film making is unmistakable. Today's Johnny Depp and John Turturro, would not be the actors they are without a DeNiro or Duvall; and they would not be the kind of actors they are without Brando. He's the grand-daddy. If only for that reason brando. is a must see film. I highly recommend it.

brando. part one premieres May 1st on Turner Classic Movies at 8 pm and repeats at 11 pm. (all times are est.) brando. part two premieres May 2nd on TCM at 8 pm and repeats at 11 pm. Several of Marlon Brando's films, including The Men, A Streetcar Named Desire, Guys and Dolls, The Wild One, and On the Waterfront, will also be shown as part of a TCM Brando movie festival. Check TCM.com for more information. If you want to add more of Brando's films to your DVD library, last year's box set, The Marlon Brando Collection, is an excellent place to start. Those and other Brando films on DVD can be found at TCM, Barnes and Noble, or other online retailers. Now you gotta excuse me; after watching this documentary it's time to watch On the Waterfront again. That's all Shelfers, don't forget to check out brando. on TCM.

Hey, you wanna hear my philosophy of life? Do it to him before he does it to you.

This was a great show. Thanks for your preview, I probably would have missed it. Looking forward to more posts. Miss the roundup. And where's Wolf?
BTW my favorite Brando is also On the Waterfront. I think that some other people on that movie said it was as well.

It was a very good film. Brando is one of the best actors Hollywood has ever produced. Too bad we get stuck with too many wannabes today. Hope to see new posts soon.