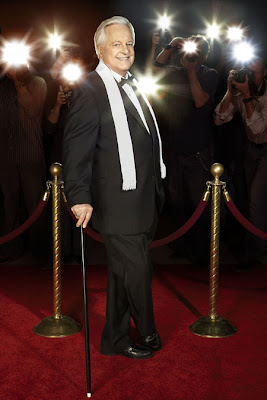 A couple of 5-star worthy TCM news items to bring across the bow of the Shelf, and more from around the Shelf neighborhood: 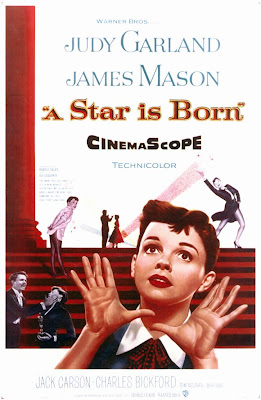 You may already know that Turner Classic Movies is hosting their first annual TCM Classic Film Festival April of 2010 in Hollywood, CA. They will be presenting more than 50 classic films, and hosted by Robert Osborne- with many talks and special guests such as Leonard Maltin, Peter Bogdanovich, and Douglas Trumbull. News comes today that there will be several specials screenings. From the news release:
"spectacular events will include the world premiere of a newly restored edition of George Cukor’s music-filled 1954 drama A Star is Born; the North American premiere of a restored version of Fritz Lang’s 1927 science-fiction silent masterpiece Metropolis; and a 50th anniversary screening of the influential French classic Breathless, the film that launched Jean-Luc Godard’s career." 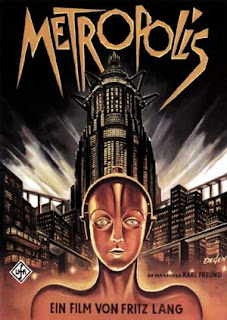 Especially note worthy is the first North American screening of the restored version of Lang's Metropolis. Last year a a 16mm negative was discovered in Buenos Aires that included an additional 30 minutes of footage that hasn't been seen since the films 1927 premiere in Berlin. A live orchestra will providing the music for the silent film classic. Hopefully news and details of a DVD release won't be too far behind.
Information on tickets, passes and the Festival, for anyone lucky enough to be out there, can be found at the Festival website.

For those of you who have been keeping up with the Universal library on made to order DVD through TCM archives collection, you may know that a film fans have been eagerly hoping will make it to DVD will debut on the TCM/Universal collection starting Friday Nov. 20th. 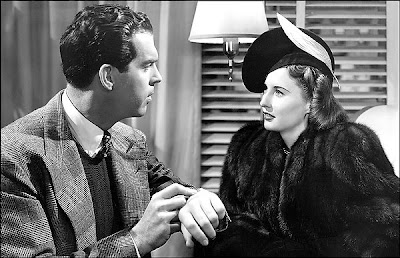 Remember the Night, starring Fred MacMurray and Barbara Stanwyck is the story of a prosecutor (MacMurray) who finds himself falling in love with a shoplifter (Stanwyck) during a court recess at Christmas time. The rarely seen Christmas film will not only soon be available to fans on DVD, but it also is one of the headliners for TCM's Christmas movies throughout the month of December. Thursdays in December (including Christmas Eve, natch) will feature lineups of beloved holiday classics. Here is a listing of the Christmas film line-up that winds up with a special Sherlock Holmes marathon on Christmas Day (what TCM is unashamedly calling Holmes for the Holidays)
(a complete month schedule can be found on TCM.com)

The following is a complete lineup of TCM’s Thursday primetime and Christmas Day schedule: 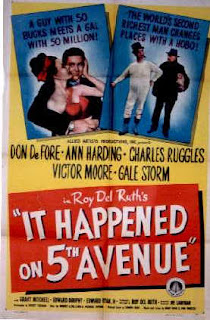 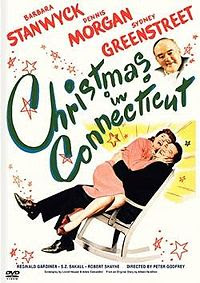 You can stay tuned to the Shelf for a upcoming review of the first wave of the Universal/TCM Archives set: Horror Cult Classics, and of Remember the Night!

From some of our blogging neighbors:

Laura, our friend of Laura's Miscellaneous Musings fame, reports on a recent interview with Warner Home Video's George Feltenstein and the state of the Warner Archives program. Feltenstein offers that Warners will be making improvements to the DVD on demand library and program, perhaps, as Laura Mused, because of the newly created Universal/TCM Archives DVD on demand program. If so, that is a great thing- and may lead to other studios presenting their own form of DVD on Demand (Fox- I keep staring at you!) And if one were to compare- the Universal/TCM effort hands down is leading out of the gate in terms of print quality, extras an everything fans have come to expect from DVDs. Warners has the vast selection and titles- we just want you to up the game a bit. And George, you are a Classic Film Fan's hero- keep bringing 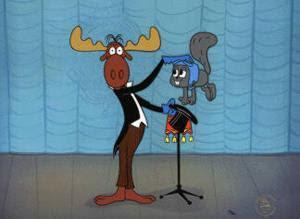 your skill and knowledge to bear on the WB Archives and up the quality. Please read Laura's post - it's very informative and makes some dead-on observations - and has a link to the interview.

The inimitable Ivan at Thrilling Days of Yesteryear takes a look at those childhood heroes of mine, Rocky and Bullwinkle, who turn 50 years young today!

Shelf favorite, and constant object of adoration, the Self-Styled Siren as demonstrated why we admire her so much- she has been able to achieve every classic film fan's dream and programmed a film series for Turner Classic Movies. In January of 2010, TCM will present Shadows of Russia: a month long look at the many images of Russia and Communism through the lens of Hollywood. How it all came about is up on her site (and reading her recent take on 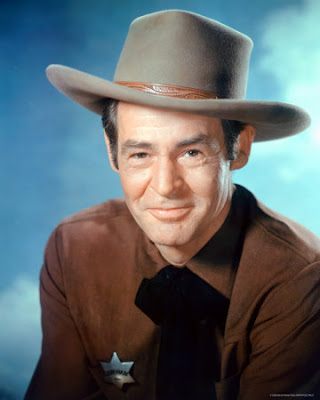 rewatching The Bicycle Thief is well worth your time as well. )

Finally- several bloggers have noted and posted on the 100th anniversary of wonderful actor Robert Ryan, and deservedly so- in addition to being fantastic in so many noirs, his subtle ability to make any character breathe life hard is evident in so many other roles. Some of the best tributes read came from another Shelf favorite and regular read, The Classic Maiden and the bloggers over at TCM's Movie Morlocks.

That's all for today Shelfers- please stay tuned for more news and reviews and of course, more Thanksgiving 2009 celebration!

Oh my, yes. My life is just one long round of whoopee.

Thanks very much for the link, J.C.!

I just posted an update about the TCM Festival. I'm disappointed by how very expensive it is, without the option of a one-day pass and with the system set up to discourage buying tickets "a la carte." It will be interesting to see what their ticket sales are like given that families like mine are pretty much priced out of going...sigh!

I know- I hadn't even really entertained the notion and looked closely at the prices, because it would also entail a plane ticket for me. Since they are based in Atlanta- I was hoping one day they would have one on the East Coast- who knows- things may change next time based on their experience with this one.