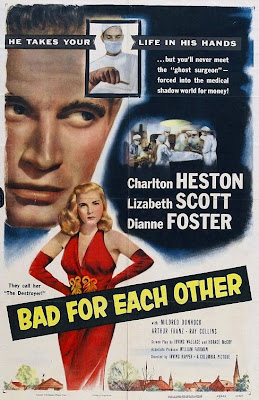 That about describes it- a jam-packed February for film lovers and especially classic film fans. First off, if you are a TCM fan you know that January was a great month with the Shadows of Russia TCM Spotlight, put together by film critic Lou Lumenick and Farran Smith Nehme, otherwise known as one of our favorite film bloggers, The Self-Styled Siren. One of the highlights for me was being able to catch Comrade X with Hedy Lamar and Clark Gable.

This month is busy, busy, busy also, and we will be trying to add to the festivities as best we can. A few things to be on the lookout for:

At TCM it is the annual celebration known as 31 Days of Oscar- usually many of the films are ones that see regular rotation on TCM during the year, but this year sees several unusual entries that in years past. Check out the schedule at the 31 Days of Oscar site. Jack Benny superfans, such as myself, will be tickled to see his 1937 Artists and Models with Ida Lupino (thanks to Laura at her Miscellaneous Musings for that tip! Check out her site for even more hot tips!)

The Academy Awards kicked off the month with their announced nominees. Not much too add, as in years past there wasn't much to get excited about. However, this year sees the second animated film nominated for Best Picture in Academy history: Up. Needless to say, we are rooting for Pixar's delightful film. 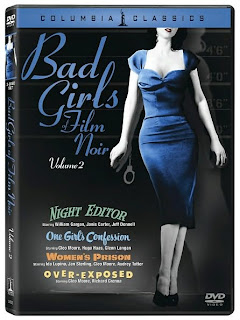 DVD releases of note for this month will include two great sets from Sony coming Feb. 9th: Bad Girls of Film Noir 1 & 2. Vol. 1 includes The Killer that Stalked New York, Two of a Kind, Bad for Each Other and The Glass Wall. The line-up for Vol. 2 includes Night Editor, One Girl’s Confession, Over-Exposed, and Women’s Prison. A nice entry for a year that is already seeing a derth of traditional DVD releases. And let us not neglect to mention the Criterion release of Leo McCarey's film Make Way for Tomorrow due Feb. 23rd.

Lastly, and in some ways more importantly, this month there is a blog-a-thon being hosted by The Self-Styled Siren and Ferdy on Films from February 14th through the 21st: For the Love of Film. It's blog-a-thon with a purpose near and dear to old Uncle Loophole's heart: Film Preservation. The stated mission: "Creating awareness about the need for film preservation and raising funds for the National Film Preservation Foundation." Needed monies will be raised and many bloggers, some of whom are very familiar to Shelfers, will be participating- we hope to do so as well. Check out the website at For the Love of Film. Also check out this short commercial and do your part: spread the word.

As we said- things are pretty busy this month, so be sure to check back in and around The Shelf nation!

Well, there's some good news and some bad news. Last week all the towels were stolen. But on the other hand the water wasn't running so nobody needed the towels. Everything balances.

Thanks for the link! Lots of good stuff ahead. I'm sure interested in the new film noir sets. :)

Happy February! (How did it get to be February already?!)

I know Laura- it still just seems like December just ended to me. Hoping to be sent the Cary Grant TCM/Universals at the end of the month for a review! And if buget allows, I am looking forward to the Film Noir sets also. I've heard that Sony has a few more box releases in store this year. Time will tell.

I just gave you an award. http://www.retrohound.com/my-first-award/ Pass it on.