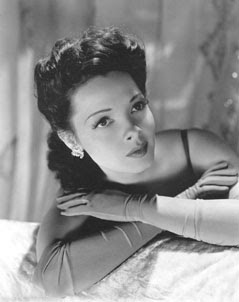 I apologize for the derth of posts lately, but I have been working on my post for the For the Love of Film: Film Preservation Blogathon (coming up later tomorrow) and teaching - but this piece of sad news caught my eye as reported over at Laura's Miscellaneous Musing and I felt like I needed to pass it along. Please read Laura's tribute as well as this AP article. 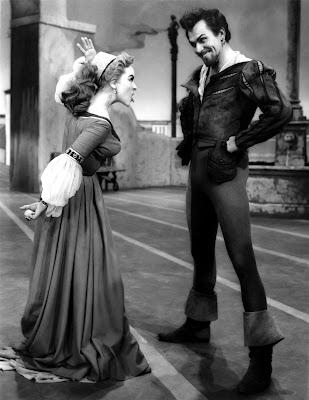 The delightful star of many a MGM musical, Kathryn Grayson, has passed away at the age of 88. The star of several key MGM releases of the 40s and 50s including Show Boat and one of my favorites, Kiss Me Kate, costaring with the great Howard Keel. She originally wanted to be an Operatic singer, but Louis B Meyer placed her under contract with MGM, along with a host of young musical talents. Her role in the Gene Kelly/Frank Sinatra starrer Anchors Away that truly sealed her star in the MGM firmament. She worked with some of MGM's best talent at the time, in addition to Keel and Kelly she worked with Gordon MacRae, Mickey Rooney, Van Johnson and Mario Lanza. My favorite Grayson performance is her turn as Lilli Vanessi ("Kate") in Kiss Me Kate- by far, probably one of her best. She will be missed.