the last of nine legends... 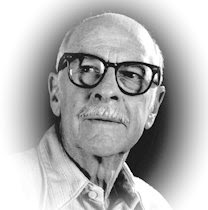 Sad news this week. It seems we've lost another legend in as many weeks. Veteran animator, director and author Ollie Johnson passed away at the age of 95. He lived a full life and gave so much to others and of course to the world through his work. He was one of nine other Disney animation legends referred to as the "Nine Old Men"; including Ward Kimball, Frank Thomas, Wolfgang Reitherman, Les Clark, Eric Larson, John Lounsbery, Milt Kahn and Marc Davis.

If you've ever seen Snow White, Bambi, Pinocchio, Johnny Appleseed, Cinderella, Lady and the Tramp and countless other Disney films and shorts - you've seen his work. His long time collaborator Frank Thomas passed away a few years ago, and their work together was legendary. A great documentary film about their work, Frank and Ollie is a must see. Ollie was legendary in animation circles and animation and Disney fans around the world are in mourning.

There are some great tributes from around the web; here are some that are really worth reading:
Cartoon Brew: Jerry Beck and Amid have pulled together a cadre of articles and posts on Ollie that are "must reads."
Our good friend Laura has a wonderful post full of other links about Ollie over at Laura's Miscellaneous Musings.
Laura also including this nice article by Jim Hill over at Jim Hill Media.
Michael Barrier also remembers Ollie.
Here is the Frank and Ollie site. You can read his "Disney Legends" official bio at Disney (also the source of our picture- thanks!) and a list of his work at imdb.com.
And of course here are some of the news articles about his passing.

And here is something very special I found via Google (UPDATE: Cartoon Brew also has this posted at their site I found out later). It's a documentary from the Disney Channel (back when they showed Disney Vault, animation and stuff other than Hannah Montana) from a series called The Disney Family Album. It's the Ollie Johnson story (much of it in his own words). (You can also click the YouTube stuff and find links to other Disney Family Episodes.) Priceless stuff you should see. Here it is in three parts:
Part 1:


The best way to remember is to enjoy their work again. Thanks Ollie.

Aww now I'm all depressed. Ollie was one of my favorites.

Sorry to be the bearer of bad news. Ollie and his cohorts were special.