a legend is gone 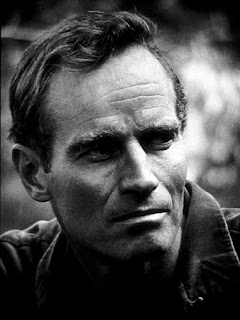 Very sad news today. Charlton Heston has passed away at the age of 84. He passed away at his home on April 5, 2008 with his wife of 64 years (wow! imagine that in Hollywood!) Lydia, by his

side. Earlier this year, it was feared that he was in the advanced stages of Alzheimer's disease, and that he wouldn't survive the year. Sadly our worst fears became true. Heston publicly disclosed he was suffering from Alzheimer's in 2002.One of the few real movie stars from his generation that we had still with us. He was a lion of an actor, a spokesman for the second amendment, and just a great man. Some on the left derided him for his strong religious beliefs and for being a spokesman for the NRA. but yet his strong principles for what was right and true made him a hero to millions more. Many forget that Heston was an outspoken supporter of Civil Rights and Dr. Martin Luther King, Jr. One of a few white actors who not only marched with Dr. King, but consistantly so, and one of the few at the March on Washington. 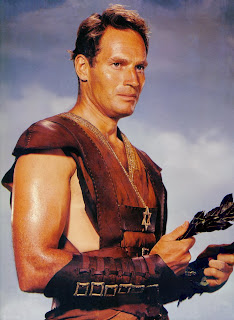 I could go on and on about his films, which I love, but I'm sure you have your favorites as well. We recently reviewed the new El Cid limited edition DVD, and it's an excellent introduction to the actor. Of course he would be iconic for The Ten Commandments, Planet of the Apes or Ben-Hur by themselves- but all of them make him a legend. Just one of his other films like Khartoum, The Agony and the Ecstasy, The Three Muskateers (1973), The Omega Man, Major Dundee, Will Penny, 55 Days at Peking, Julius Caesar, and A Touch of Evil would've made any other actor's career- it made his historic.

Oddly enough, one of my favorite Heston moments isn't from any of these films (though I do have countless favorite moments from them)- instead it comes from a cameo, late in his career. Yes, it was Wayne's World 2, as stupid as it sounds. I liked Wayne's World, silly and sophmoric, but full of pop culture gags. There is a scene where Wayne is racing to get to a church and stop the wedding of the girl he loves. He stops at a gas station to ask for directions to Gordon St. The gas station attendant fumbles through some lines, prompting Wayne to break the fourth wall and ask- "I know it's a small part, but can't we do better than this?" Some one from the crew escorts that actor out and brings in Charlton Heston who makes an epic acting moment out of the small part. I love this moment because it's funny, but it also speaks to the special talent of the man himself- and well- see for yourself:


You can read an excellent article about his life and career and the sad news of his death at Foxnews. Charlton Heston, 1924-2008: a great actor, a great American, and a great man, we'll miss you.

Update: There are bound to be many, many tributes on the web today and perhaps throughout the week, but here are a few from some of my favorite places on the web: Laura's Miscellaneous Musings has a nice tribute with more to come, Dirty Harry at Libertas has a great tribute plus an ongoing post of tributes from around the web, and Michelle Malkin has a nice post and clips from a Heston speech. Good Stuff.

Funny clip. I never saw it before. Wasn't there some commercial as well where Charlton Heston was called in to pinch-hit with his magnificent voice and replace an inept pitchman? Delightful that he had a sense of humor about his stature and reputation.

Jacqueline-
Not sure- it could have been a skit when he appeared on Saturday Night Live (like the great Oldest Bag Boy skit). If anyone remembers -let us know.