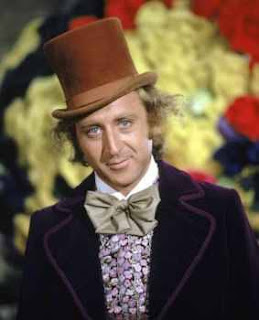 I know today is probably not a typically happy day for some people. April 15th isn't known for it's levity. However, I have good news for those of you mired knee deep in W2s, 1040s, receipts and a whole bunch of other forms that I am sure are just between you and your accountant. Tonight Turner Classic Movies debuts a new series entitled Role Model, and it's initial offering features none other than actor, author and director Gene Wilder. The idea behind Role Model is to feature an actor or actress in conversation with someone they consider a role model. In tonight's special actor Alec Baldwin has a one on one conversation with the legendary Gene Wilder. In the introduction of the special Baldwin says, "I’m so grateful that Turner Classic Movies asked me to be a part of this project. I’m a big fan of the network, so I jumped at the chance when I was asked, ‘What movie star would you like to have a conversation with?" Filmed at Waveny House in New Canaan, located in Wilder’s home state of Connecticut, the conversation is relaxed, funny and at times very revealing.

The thing that struck me most about the special is how much this is a conversation, rather than a

typical interview. With good reason as well. TCM Executive Producer Robert Trachtenberg has experience in this regard, having producer several excellent "conversations" for TCM including The Dick Cavett Show with Mel Brooks and directed several other great specials and documentaries such as Cary Grant: A Class Apart and Gene Kelly: Anatomy of a Dancer. But it's cozy, engaging feeling is also due to how comfortable Wilder is with Baldwin and how well the two get along. Baldwin has good instincts in this conversation/interview and is able to pull Wilder into deeper territory in talking about his life with Gilda Radner, his working relationship and friendship with Mel Brooks and Richard Pryor, and the two even banter a bit about marriage and first wives. (Uh, we won't go there.)

During the hour long special, Wilder and Baldwin talk about the theater, comedy, directing and film and Wilder's long career and current projects. Some of the most interesting parts of the conversation are Wilder discussing the early part of his career, like his experience filming Bonnie and Clyde and working with the late Lee J. Cobb on a television production of Death of a Salesman. I also enjoyed learning some behind the scenes information on his work on Young Frankenstein, especially his experience in writing the screenplay. Interesting too, was how he developed the Willy Wonka character that millions have come to know and love. Wilder says that he insisted on doing the physical bit with Wonka the limp and the cane in his first scene, or he wouldn't do the film. The director gave in and Wilder brought a classic character to the scream. When asked why it was so important to do that scene in that manner, Wilder responds, "Because after that, you don't know if he is a liar or not."

Wilder has many memories to share about Mel Brooks, Richard Pryor, Madeline Khan (who he describes as one the three greatest actresses of all time) and others. And Baldwin shares some of his own experiences too, in commiserating with Wilder over the difficulties of directing and acting in the same film, working at comedy and the joys of an audience, although Wilder says he prefers film over theater: "The thing I love about making movies is the peace of mind that I know I don’t have to be perfect the first time. I can be perfect the second time or the third time." But I don't want to reveal everything! You need to check out Role Model tonight and not only laugh, but learn about the man behind so many classic comedy roles. 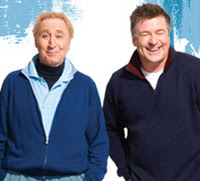 TCM continues to produce first rate original programming that is right in line with the TCM mission to show Classic Films. Shows like this and Private Screenings and others, only enhance the film lover's experience and knowledge. One can only hope to see more Role Models in the future. So put down that calculator and stubby pencil. Slip that envelope in the mail early. Then unwind and relax with Gene Wilder and TCM. Oh, yeah- don't forget to breathe. Just breathe easy. It'll be April 16th before you know it.

For what we are about to see next, we must enter quietly into the realm of genius.

Gene Wilder is such a wonderful actor and even though I adore Johnny Depp, no one will ever be Willy Wonka but him.

What a great comic actor. That was a great show too - thanks for the heads up.