the price we pay in an uneducated world 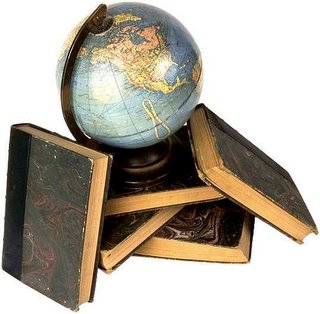 I have railed at length, ad nauseam, about the dearth of historical (and let me expand that to classical liberal) education in our modern world before. No need to repeat such missives here, if you are a Shelf regular. However, in sum, many feel that history, literature, philosophy, art, etc. and dead people like Shakespeare, Tolstoy, Plato,Thucydides, Locke, Rousseau, Pope, Wheatley, Browning, Cassett, or Sun Tzu have no place in the modern computer-rendered world (If you had to look up more than three of those names, you are making my point). "These are things of the past that are no longer relevant to our 'enlightened, politically correct' world", some argue, "they are relics that drudge up shadows of racism, sexism, and all the other ism's we have consigned to the dustbin of the past."

I have news for those who make such claims: the modern world has no such exclusive claim to "enlightenment", complexity or modernism (pre, post or otherwise)for that matter. The human story is complex and full of highs and lows, victories and defeats. There is wisdom in learning from the past and present, as well as cultures past and present. Without learning from what has come before, we become as a simple computer; only full of the knowledge it is fed, without any wisdom to guide or direct such knowledge or gain more.

I would like to direct your attention to a recent article by Victor Davis Hanson concerning this very subject placed within the context of the current war on terrorism and terrorists and what we expect in terms of victory and who to blame for defeat. No matter what your feelings on the war, I believe his points to be valid, correct and instructive. Just a smidgen:

"What explains this paradox of public disappointment over things that turn out better than anticipated? Why are we like children who damn their parents for not providing yet another new toy when the present one is neither paid for nor yet out of the wrapper?

One cause is the demise of history. The past is either not taught enough, or presented wrongly as a therapeutic exercise to excise our purported sins.

Either way the result is the same: a historically ignorant populace who knows nothing about past American wars and their disappointments - and has absolutely no frame of reference to make sense of the present other than its own mercurial emotional state in any given news cycle.

Few Americans remember that nearly 750 Americans were killed in a single day in a training exercise for D-Day, or that during the bloody American retreat back from the Yalu River in late 1950 thousands of our frozen dead were sent back stacked in trucks like firewood. Our grandparents in the recent past endured things that would make the present ordeal in Iraq seem almost pedestrian - and did all that with the result that a free Germany could now release terrorists or prosperous South Korean youth could damn the United States between their video games." (VDH - The Plague of Success, December 29th, 2005- bold emphasis added)

Please read the entire article and then ask your kids what they learned about art, literature, or history in school recently. You may be shocked to discover that beyond the subject of current censorship or modern writers- very little. Not that modern works or current events have no place- it's that they have no place without the past to frame it. This isn't political - this is personal. A country, or world, that is ignorant of or deliberately ignores the past, is like someone with amnesia- lost, alone, and afraid without knowing why.